Here is a sound file of me teaching a comeback player to use tongue arch.

He is doing ALL of the playing and I am talking him through line 1 page 125 of the Arban book.

Sound file of me Teaching Tongue Arch (Anchor Tonguing) during a lesson.

Whistle the first exercise of an Irons flexibility study. This is the same movement that your tongue should use as we play.

It is like using Taw for low notes Too in the mid range and Tee a little higher. As we arch the front of the tongue toward the teeth a little this makes a more focused air-stream. The more focused the stream the less lip mass we excite and the higher we play. Arching the tongue (Forward) also moves the jaw, which changes the angle the lips vibrate at. This makes changes to the amount of lip curl present and changes the pitch.

The commonly done type of tongue arch (center up and tonguing with the tip) stops helping when we get to the high register.
Doing this we would tongue with the tip on the top gum line and the arch would be farther back toward the center of the mouth.
This leaves a lot of room between the tip of the tongue and the space between the teeth where the air goes out. All of that room at the front of the mouth allows the air to spread out again.

It is very inefficient and was NEVER taught by any proponents of tongue arch.

Below:
This is a forward arch of the tongue and it rolls forward and pushes up to the top teeth and roof of the mouth in the double high register. It is like saying Tissss. For some the tongue anchors at the bottom teeth and others it anchors at the edge of the top teeth. This makes the air stream much more focused and even less lip mass is engaged.

Notice where the tongue anchors. In the past many teachers taught a concept called anchor tonguing. That would cause this action to happen naturally.

Think about a guitar string. When we strum the string a note is played as the entire mass of the string vibrates. When we place a finger in the middle of the string and strum then only half of the mass can vibrate and the note sounded is an octave higher.

Our lips are not shaped in a linear fashion like the string. There is much more meat in the center so we don’t vibrate exactly half to change an octave but the idea is similar.

As you go higher the hiss gets more pronounced. 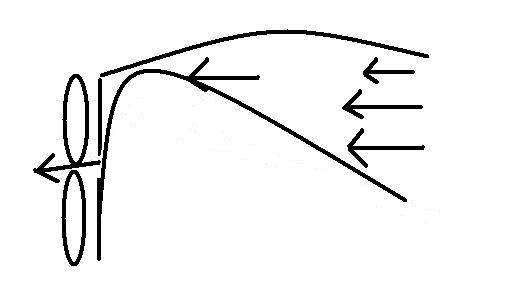 I sometimes hear people say that they tried tongue arch and it doesn’t help them.

Tongue arch is very dependent on how you tongue. If you think of teachers who taught arch like Clarke or Gordon; they also taught some version of anchor tonguing.

There are several reasons for this. When we tongue with the tip of the tongue AND use a high tongue arch; then we make a very small oral cavity and have a real tendency to close the throat with the base of the tongue.

Anchor tonguing combined with arch means that as we arch higher we tongue farther back on the tongue. This pulls the throat more and more open, it creates a big oral cavity and does something else too. This action creates a channel for the air to follow the groove of the tongue and focuses the air toward the center of the vibration. It literally feeds air to a smaller amount of lip tissue and helps to play higher.

A study in Japan in 2000 proved that this arching movement also made us make slight adjustments to the jaw. These movements make changes to the angle that the lips align at (affecting the point of vibration) and to the lips tension/compression. This affects the use and amount of lip curl and changes the pitch.

In 1962 Dr. Robert Weast did some studies with a machine that blew pressurized air through rubber lips that were under tension.

In his experiment: He had NO way to add lip compression. He could make the hole bigger and smaller by tension alone.

That meant less lip mass CAN be excited with less air. IF we use a bigger lip mass we can get the same note BUT it takes much more air pressure to excite the extra mass.

In 1976 Brian Wadsworth did some experiments proving that the lips touch when they vibrate (high speed movie played back super slow). He also proved that given the same air pressure a small width of air played a higher note than a big width of air (again using an artificial machine.)

Putting all of these together.

As we arch the front of the tongue toward the teeth we make a more focused air stream. The more focused the stream the less lip mass we excite and the higher we play. (This explains why we CAN play high without tongue arch but lots of stomach support and we can also play high with tongue arch needing less stomach support of the air.) It has been this problem of BOTH groups being able to play well that has led to some heated debates. There is a mathematical reason why both ideas work. But for me I feel that the tongue arch makes things easier.

It works for MANY reasons that all seem to add together.

Faster air speed, smaller oral cavity are the things that used to be said about arch but they have never been proven.

These things have been proven in experiments:directing a smaller air stream to the lips (making a smaller portion of the lip surface vibrate), slight jaw realignments (caused by the tongue motion which realigns the air stream AND changes the lip tension.

Which is the most important?
They are not in agreement on this. But it is generally felt that all of those contribute to increased range by changing tongue levels.

It is because of the Air stream focus and realignments of the lips that I teach anchor tonguing.
I hope this helps explain it.