Mouthpiece guides all say the same thing about every mouthpiece. They are all made for a player with a strong, well trained, robust, good… embouchure.

They also say this gives a brighter sound but compared to what?
And just HOW much does it brighten it?
We all need to know this but we don’t get the information from the charts.

Yes sometimes you can go play a new mouthpiece in a store but most people are limited in what is available locally. Plus we only hear what is behind the bell.

In this Ebook you hear the sound that is out in front of the bell. (Just like people who listen to you play would hear it.)  Some things may surprise you.
The point behind this Ebook is to teach you how to pick a perfect mouthpiece for YOU for the style and sound that you want. This book is almost like having a pro go with you to try mouthpieces.

For the videos; I played a shallow cup (Schilke a or Bach e), medium cup (Schilke b or Bach d), C cup, Combination Bach BC cup, deep cup (Schilke d or Bach b cup), a TC cup (Trumpet/Cornet), and a TF cup (Trumpet/Flugel). So I played 7 depths on the same diameter mouthpiece. I also play bored out throats against stock throats, and I play 4 mouthpiece depths with and without a mega sound sleeve.

I played all of those so that you could tell how much or in some cases little difference there is between this depth and that depth.

The other players also use many different mouthpieces in the videos.
We all change depths often.

This Ebook is 10 pages and there are 2 hours and 20 minutes of videos letting you hear several different players showing how changing mouthpieces affects the sound.

In these clips we show 1 mouthpiece. In the ebook you hear the other pieces that were compared to these and get the full picture. 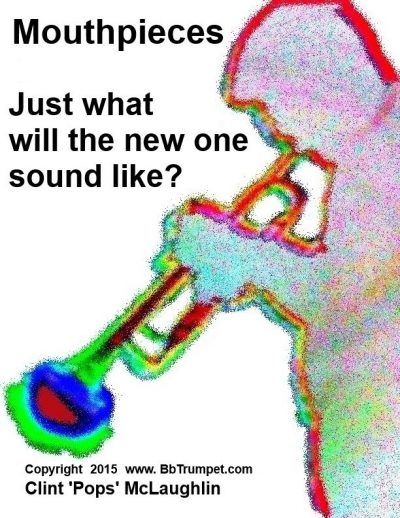